AS Tallinna Vesi’s sales revenue in the 3rd quarter of 2022 was €13 million. The decline in sales of construction services was offset by increased consumption of water services among commercial customers and an increase in stormwater service revenue. The quality of water and wastewater services continued to be high and a number of large-scale reconstruction projects were carried out.

A significant impact on the small increase in sales revenue was caused by a significant decrease in the volume of construction services due to instability in the construction sector. The surge in energy prices had a direct impact on the Company’s profits, which were down 58.5% from the same period last year. The drop in profit compared to last year was also significantly affected by retaining the provision for potential third-party claims at the third-quarter level of 2021.

According to Aleksandr Timofejev, Chairman of the Board of AS Tallinna Vesi, water services revenue accounted for 88% of sales revenue. “Lifting of the COVID-19 related restrictions in the 1st quarter and the extremely favourable prices of water services, which did not reflect the increase in electricity prices, play an important role here. The new prices for water services agreed with the Competition Authority started to apply as of 1 October 2022,” Timofejev explained.

The sales from water services provided to private customers, compared to the same period last year, decreased in the 3rd quarter by 1.1% to €4.84 million, resulting from a drop in the consumption of the largest private customer group, the apartment buildings.

AS Tallinna Vesi’s gross profit for the 3rd quarter of 2022 was €3.58 million. The Company’s nine-month gross profit fell by 22% due to increasing operational costs. The main impacts came from the increase in electricity, salary, chemical and gas costs. To minimise the impact, we try to optimize the amount of chemicals used in treatment processes and, where possible, consume electricity smartly by closely monitoring electricity exchange prices and timing our consumption accordingly.

The Company’s net profit was €2.22 million in the 3rd quarter of 2022, which is €3.12 down from the same period last year. The decrease in net profit was affected by changes in operating profit and net financial costs.

Investments have significantly increased in 2022. In nine months, AS Tallinna Vesi invested €15.66 million in the fixed assets, the investments increased by €5.71 million compared to the same period last year. In the nine months of 2022, AS Tallinna Vesi rehabilitated nearly 17 kilometres of pipelines. “The pipeline reconstruction has been going according to plan throughout this year and the work will continue in the last quarter,” Timofejev said.

In the 3rd quarter, extensive reconstruction work started and continued on the Street of Vana-Kalamaja, and Rannamõisa and Järvevana roads. “On Vana-Kalamaja Street alone, we will be laying nearly 4 kilometers of new pipes,” Timofejev pointed out.

In order to ensure the continuity of the services provided by the Company and the sustainability of its processes, AS Tallinna Vesi continued in the 3rd quarter with several large projects, including modernizing the Rummu Water Pumping Station, which will ensure high-quality drinking water in the Lasnamäe and Pirita areas, and the installation of UV equipment in various borehole pumping stations to create an additional microbiological treatment barrier. At the Wastewater Treatment Plant, work continues on strategically important projects such as modernizing the shaft at the Main Pumping Station and the effluent outlet tower, the first of which plays an important role in receiving the wastewater at the treatment plant and the latter in discharging treated effluent to the sea. We have also completed a new point of reception for sewage sludge from the septic trucks and have started preparations for the replacement of one of the large pumps at the Main Pumping Station. The pump replacement is scheduled for the 1st quarter in 2023.

Over the nine months of 2022, the Company has continued to provide reliable and high-quality water and wastewater services, as reflected in the very high level of quality indicators. During the nine months of this year, the Company took 2,426 water samples, 99.8% of which met all quality requirements in full and only 4 samples had to be considered non-compliant. The quality of tap water continues to be excellent despite high outdoor temperatures. According to Timofejev, excellent quality of tap water has been ensured by an even more efficient water treatment process, preventative works on water network and investments in water pumping stations. In the 4th quarter, we plan to introduce a new technology for cleaning water pipes, which works using the crushed ice pressure wash method. Today, the technology is widely used in the US and Japan, but still completely new to our region.

Also, the wastewater treated at the Wastewater Treatment Plant and discharged to the Baltic Sea met all the strict requirements both in the 3rd quarter and throughout the year of 2022. “Today, the wastewater that has undergone the treatment process is significantly cleaner than the water in the Baltic Sea and has an extremely positive impact on marine life,” Timofejev explained.

The level of water loss in the water network remained low in the 3rd quarter – 13.4%, similarly to the previous year. In the nine-month view, the level of water loss is somewhat higher than last year because of the snowy and cold winter that made it difficult to detect leaks and access pipelines in the 1st quarter, high outdoor temperatures and low soil water levels also had an impact.

AS Tallinna Vesi is the largest water utility in Estonia, providing services to more than 24,600 private customers and businesses and 470,000 end consumers in Tallinn and its surrounding municipalities: Cities of Maardu and Saue and Harku Municipality. Tallinna Vesi is listed on the main list of the Nasdaq Tallinn Stock Exchange. 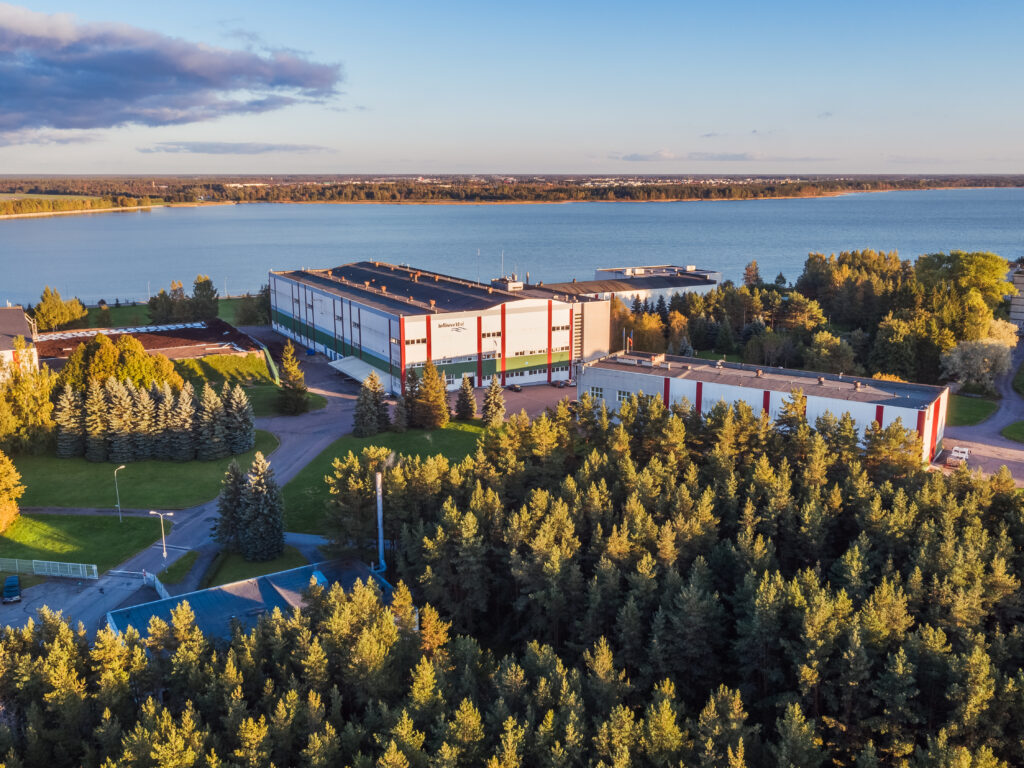