The Green Tiger (Rohetiiger) is a collaboration platform designed to boost environmental awareness and create a basis for a green economy. In cooperation with the Green Tiger initiative, AS Tallinna Vesi will focus on reducing the footprint of water consumption and raising public awareness about ways to save water in our daily lives.

According to Aleksandr Timofejev, COO of Tallinna Vesi, water is one of the most valuable natural resources which makes sustainable use of water crucial for everybody, and the company has the responsibility to share this way of thinking with its customers and end consumers. “As Estonia’s largest water utility, we value the natural environment we operate in and understand the importance of raising environmental awareness among consumers, helping them to make environmentally friendly choices.”

At the beginning of May, Tallinna Vesi joined the Green Tiger initiative to cooperate in drawing people’s attention to food waste and reduce the consumption of resources necessary for food production, such as clean water.

Timofejev said that one individual throws away an average of 173 kg of food a year In Estonia. He confirmed that considering the resources, such as water, labour costs, fuel, etc. required to produce the food that is going to waste, it is important for Tallinna Vesi to look for opportunities of enhancing the sustainability of water production, and this is to be achieved in cooperation with consumers. “Everyone can contribute to reducing food and water waste. The Green Tiger initiative helps to raise the awareness of both businesses and people and to change attitudes towards more responsible use of resources.”

According to Eva Truuverk, a Leader of the Green Tiger initiative, water as a resource needs to be used sustainably in terms of the daily consumption of every person as well as businesses and production processes. “The whole range of uses of water matter. Each business can review the consumption of water in their organisation. From the water on the table during meetings to the possibility of using rainwater in production process or reusing the water in another part of the process. Everyone should think of opportunities of saving water in their daily lives, what makes the strongest impact, and try to cleverly redesign their consumption habits to use less water.”

Timofejev added that Tallinna Vesi encourages the use of tap water as drinking water and reminds people of the need to use the sewerage system in a responsible manner, avoiding blockages and consequent pollution.

In addition to cooperation with the Green Tiger initiative, Tallinna Vesi will launch a campaign among school students this spring to reduce the environmental footprint of water consumption. The aim of the campaign is to highlight the advantages of drinking tap water compared to bottled water. The campaign involves 336 young people, who are in the process of developing an advertising campaign to raise environmental awareness and promote the benefits of tap water.

Tallinna Vesi also considers it fundamental to grow the share of green energy in the market and facilitates the production of hydroelectric power at the water dams. “At the beginning of 2021, we acquired a new subsidiary for the production of biomethane from biogas, generated as a result of the wastewater treatment process, as one opportunity for the future. By offering reusable resources, generated whilst providing water services, in the green energy market, we can contribute to more sustainable water management,” said Aleksandr Timofejev.

Further information about the Green Tiger initiative to reduce food waste and related resources is available at https://rohetiiger.ee/hoiatoitu/ and about Tallinna Vesi’s campaign promoting the advantages of tap water at www.veendumus.ee. 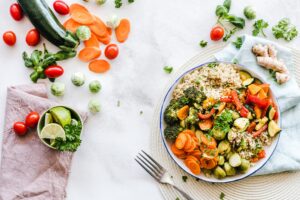